By Marissa Bernstein, Director of Marketing, at Vistar Media

Jägermeister and its agency ENGINE sought out to increase awareness, consideration and purchase intent for the Jägermeister brand and Jägermeister Cold Brew Coffee. The goal was to get in front of the right audience (adults ages 21-34) and drive reach and positive disruption in the marketplace for this unique product.

To meet the brand’s objectives, ENGINE enlisted end-to-end programmatic digital out-of-home (DOOH) leader, Vistar Media, to activate a robust DOOH campaign with data-driven targeting and measurement from October through the end of 2020. 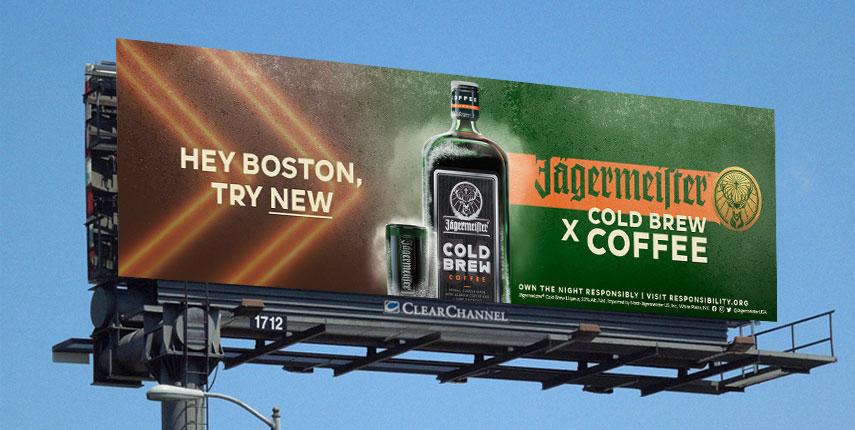 Jägermeister is an active participant in the Distilled Spirits Council of the United States (DISCUS), so part of the process for determining the locations for media to run was performing due diligence in support of LDA compliance as it relates to the OOH space. Along with Jägermeister’s legal team, Vistar coordinated with all media owners partners to identify which screens could be activated for the campaign, based on the DISCUS code. The campaign was set up in Vistar’s DSP to only include venues being used primarily for adult-oriented activities, defined as where at least 71.6 percent of the audience attending those venue events is reasonably expected to be of legal purchase age, as well those in compliance with any federal, state, and municipal laws. From there, Vistar’s technology could dictate where and when they can legally deploy messaging on the appropriate Screens.

With ENGINE’s guidance, Jägermeister selected locations that were most contextually relevant screens for reaching consumers throughout their day. Using an audience-driven approach, Jägermeister activated three distinct audience segments to reach adults aged 21-34, coffee and cold brew enthusiasts, as well as previous spirits purchasers. Base d on this criteria and the LDA compliant venues identified — billboards, urban panels, convenience stores, gas stations, grocery stores and liquor stores — the DOOH campaign seamlessly ran messaging across California, Florida, Illinois, New York, Ohio, Pennsylvania and Texas, as well as in the Atlanta and Boston DMAs, to reach consumers in locations on their path to purchase as well as at the point of Purchase.

We also considered the effect of the pandemic on consumer foot traffic, and adjusted our venue type list to focus on essential errands, per the local phases of quarantine and lockdown at the time. 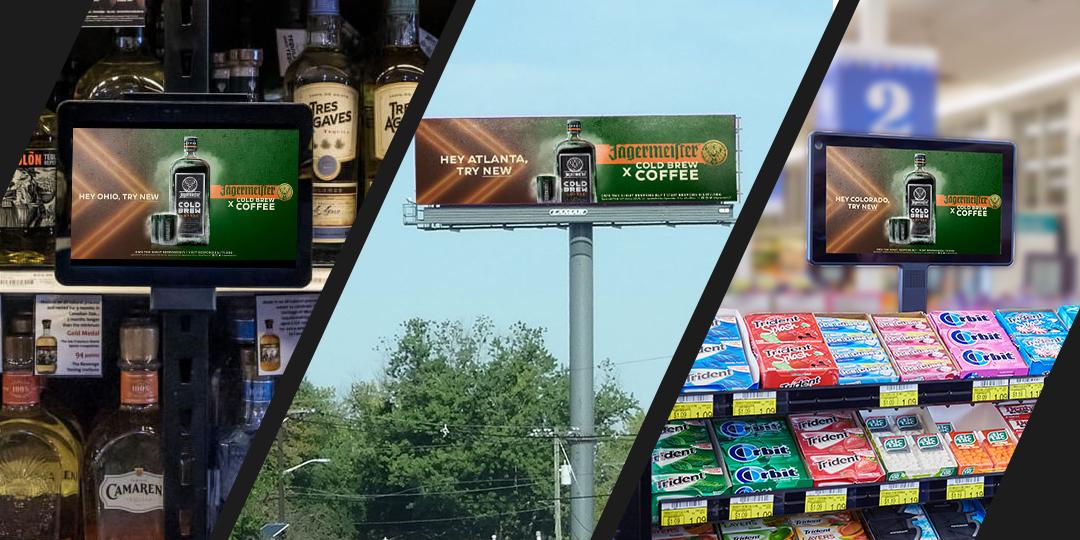 2. Data-Informed Audience Targeting
Engine and Jägermeister utilized Vistar Media’s geospatial technology to create an audience of Cold Brew Enthusiasts to reach these consumers at key points throughout the day. Vistar’s partnership with IRI was also leveraged to create and target an audience of Spirits/Liquor Purchasers and Coffee/Tea Purchasers. A third audience strategy was also utilized in the campaign, targeting a demographic audience of adults ages 21-34 from Vistar’s location-intelligence partner Foursquare.

Using these audience parameters, the campaign was activated in California, Florida, Illinois, New York, Ohio, Pennsylvania and Texas, as well as in the Atlanta and Boston DMAs. The creative went live across billboards, urban panels and place-based venue types including convenience stores, gas stations, liquor stores and grocery stores to reach consumers in locations on their path to purchase as well as at the point of purchase.

With Vistar’s full end-to-end DOOH ecosystem, its ad server was able to identify when and where every OOH ad was served. Thus, Vistar was able to match this data set with all devices that were in proximity of the screens at the time the OOH ads were shown — and therefore retarget those consumers on their mobile devices through a paid mobile complement.

Following a brand study conducted by Vistar Media — including a mid-campaign optimization report and market breakouts indicating performance — the Jägermeister and ENGINE campaign garnered a:

“Programmatic DOOH is not a blackbox, so there is little to be wary of when it comes to any pitfalls — it is a fully transparent and highly customizable medium. And because OOH is a one-to-many medium, with thorough legal compliance completely, alcohol brands can safely activate impactful messaging throughout the entire shopper journey. Data-driven audiences allowed us to ensure precision targeting at scale, to make sure we were reaching the right consumers at the right times and places.”

If you’re new to the medium and want to learn more, check out the DOOH Primer for Success. Or, to view the full case study, head here. 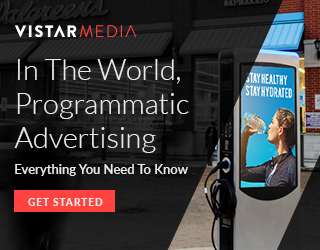