A New Approach to Brand Safety: How Contextual Targeting Is Making the Blocklist Obsolete

For many companies, brand safety has long been governed by a rigid collection of keywords. Rooted in the age of third-party cookies and audience targeting, these blocklists have become more expansive but less tied to actual content. Companies that employ them, says Lucas Vicary, strategic account manager at 4D, the advanced contextual and insights platform, have often taken what could be called a “’set it and forget it’ approach.  Frequently, they will say, ‘I’ll stick to what I know and what has worked in the past,’” even if they have no way of knowing if this approach was effective. Moreover, he notes, while this may have been “fine when it came to cookie-based ad targeting,” in the post-cookie era, “it doesn’t quite sit so well. You’re using an old system to negate a new set of logic.”

Some brands, adds Charlie Pinkney, 4D’s business development director, have taken this approach even further by “layering on a multitude of targeting, which overcomplicates the whole process and restricts their ability to deliver efficiently, at scale.” This level of caution, he suggests, means that these brands are “not open to exploring other options out there.” And as with the “set it and forget it,” approach, this could be considered not just limiting, but paralyzing.

For many clients, Vicary says, these traditional approaches to brand safety are “a mindset thing. Traders are used to a certain process when it comes to applying brand safety. That’s been the case for years, and they’re either unwilling to change because they’re comfortable or, more likely, because they don’t have the power to enact that change themselves.”

The limits this approach has put on brands has become particularly apparent in the past several years. During the height of the pandemic, for example, many brands avoided any content tied to COVID-19. But it soon became clear that those brands were missing the opportunity to be adjacent to some of the “feel good” stories that were emerging. As Pinkney explains, early on, “anything that had the word COVID got blocked, whether it had to do with traveling or sport or just general news.” While he acknowledges that “in the first few weeks, it wouldn’t have been so positive to be seen in those sorts of environments,” he notes that “as the conversation moved toward some of the more positive stories around healthcare workers or identifying new vaccines, not being willing to change your mindset meant you were going to exclude content that could actually be beneficial to your brand.”

Avoiding that article on the strength of the original keyword approach would clearly be an opportunity missed.

The importance of thinking more broadly when it comes to brand safety and the nuance of the content itself is vital. Think about automotive coverage, as an example. “If I’m an automotive brand,” says Pinkney, “I don’t necessarily want to appear against content tied to poor weather conditions.” This, on its surface, “using some of those legacy solutions,” might appear to be a negative environment for the brand and something it makes sense to avoid. However, he explains, “if you dive deeper into the context, into the relevance and nuance of that article, you might find that it’s about the quality of an automotive brand’s tires and how well their cars operate in poor weather conditions.” Avoiding that article on the strength of the original keyword approach would clearly be an opportunity missed.

The ability to break away from the traditional approach to brand safety is clearly tied to and facilitated by the recent growth of contextual targeting. “With cookie-based targeting,” Pinkney says, “you were able to engage with an audience, but you didn’t really have any understanding of what was actually driving that performance post-delivery.” What was unknown, he explains, “was what type of content and environment was your audience engaging with.” Visibility into context, Vicary points out, can now be done without tracking users at all, but, instead, by understanding the content with which they’re engaging.

Visibility into context can now be done without tracking users at all, but by understanding the content with which they're engaging.

For automotive advertising, the audience-based (that is, cookie-based) approach would have suggested that the target could be found by engaging only with content that was clearly automotive. But audiences are not one dimensional, nor are they interested in one specific thing. What a contextual approach makes clear is that the audiences who can—and should —be targeted are in fact, “also engaging with business content or family content or travel content.” Understanding this—visualizing this—Pinkney says, “allows a brand to think a bit more broadly around the environment where they’ll find their audience.” And this, he adds, “is massively important from an incremental reach and scale perspective.”

Adopting this expanded mindset, however, means finding a different way to approach brand safety. Previously, says Vicary, “brands gave us negative keyword lists that they’ve applied on their side and that sometimes even included their own brand name.” This, he points out “isn’t a clever way to do this. It’s not even a 21st century way to do this. It’s just a long list of things that have been added over time. They’ve seen a bad article and then just added a bunch of keywords from that article into their list” without thinking about the result that blocking that content might have.

Moving Past “Yes or No”

But new technology, combined with contextual targeting, takes keyword evaluation past the standard binary—yes or no—approach, “helping us understand why a piece of content might be brand unsafe or unsuitable—or not—because we can now understand the content at a deeper level.”

Working with this level of transparency can translate into building custom strategies tailored to a specific brand, even, Pinkney notes, “down to the campaign level—targeted toward your specific needs and requirements.”

And this holds true whether the ads are being served against a display or a video environment. When evaluating brand safety adjacent to videos, for example, choices were previously often made with very limited data about the environment in which an ad would appear. “Businesses didn’t have multiple touchpoints to determine what the video is about,” Pinkney explains. “They were basing their decision off the title.” But now, visual detection methods allow brands to “understand what is actually happening in the video and whether it’s going to be relevant to their brand,” providing a clearer understanding of that video’s level of brand safety.

A Layer of Transparency

Despite the reticence of many brands to moving beyond “set it and forget it,” 4D has found that, as Vicary puts it, “talking and educating” can go a long way to explaining the “logical architectural targeting” that stems from a contextual approach, helping “traders and branders appreciate that just blocking categories with a blocklist doesn’t necessary translate into brand suitability because it doesn’t provide an understanding of the content being shown on the screen and then the ability to use that to inform the targeting.”

The underlying key here—to changing mindsets, providing additional scale, and achieving brand safety without cutting off opportunities to reach consumers—is transparency. As Pinkney concludes, “what both agencies and brands want is a layer of transparency that allows them to see exactly what they’re going to be targeting when they set up any form of strategy—not just contextual or brand safety.” Part of this, he asserts, is being “able to visualize how the tech is working and what they’re going to get out of it.” It’s also, adds Vicary, tied to understanding “how, with third-party cookies going away, we’re going to serve ads in the future.”

In the next installment, we’ll dig deeper into how new approaches to brand safety and suitability are playing out in the video context. 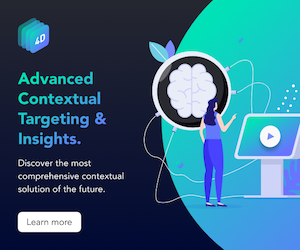