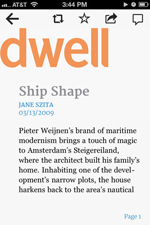 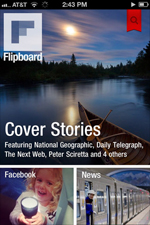 Create-your-own-newsfeed tchotchkes ranked among 2011's biggest fads in the app world, with any number of players promising easy discovery and sharing of content across networks. Only one app truly delivered on that promise: Flipboard. Its sound bite-ready self-description, "the world's first social magazine", was no idle boast. While other apps attempted to meld content from Facebook, Twitter, Instagram, Tumblr, and other social sources into a single streamlined feed, only Flipboard did so in a manner that was intuitive. Give its creators credit for vision too: the "cover stories" component of Flipboard learned from users' interaction with the content—devising a front page for them that was, in essence, double personalized.