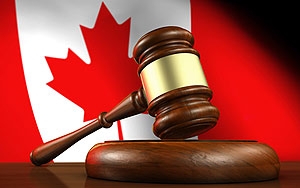 Targeted content in email marketing is becoming the industry standard, and some countries are taking legal action against spam. Ironically, Canadian politicians may be violating Canada's Anti-Spam Legislation (CASL), the very law they helped enact, according to a report released Tuesday by Toronoto-based itracMarketer.

Steve Vermeiren, vice president of customer success and marketing at itracMarketer, says that Canada has implemented one of the most aggressive anti-spam laws in the world, but other countries have varying degrees of anti-spam legislation and data protection regulations as well. For example, the European Commission plans to unify data protection within the European Union with the General Data Protection Regulation (GDPR).

itracMarketer, an email marketing and CASL compliance software provider, analyzed the emails of the four major Canadian political parties for a two-week period leading into Canada’s Federal Election on October 19.

From August 13 to August 28, the company signed up for the email lists of the Conservatives, Liberals, New Democrats, and Green Party to investigate whether politicians are abiding by Canada’s Anti-Spam Legislation.

The legislation, which went into effect on July 1, 2014, applies to any “Commercial Electronic Message” (CEM) sent from or to computers and devices in Canada. Any electronic message, regardless if its text or email, which promotes or encourages participants to take part in any type of commercial activity, is subject to Canada’s Anti-Spam Legislation.

Vermeiren says that the Canadian Anti-spam legislation was created to protect Canadians and that the law “has specific rules to ensure that better practices for managing and sending emails are in place so that everyone can manage their email relationships with clear and concise terms.”

Canadian politicians may need a more compliant marketing staff because every political party failed at providing clear consent and permissions on their email collection pages, according to itracMarketer’s report.

Examples of CASL consent violations by Canadian political parties include: not having a clear unsubscribe process, failure to explain the type of content they would send to potential subscribers, and not providing a physical address on email collection pages.

The Liberal party even continued to send emails after itracMarketer unsubscribed from the email list, another clear violation of CASL.

Since most parliamentarians supported CASL, Vermeiren says that political parties should be “taking a leading position and follow best practices for email collection, sending emails, and respecting unsubscribe requests, based upon the same rules that businesses are required to follow.”

1.     Ensure that you collect email addresses and permissions properly.
2.     State clearly what types of communication you will be sending to the individuals that provide you with an email address.
3.     Provide options for the individual to select what type of email communications that they wish to receive (I.e. donation requests vs. political platform information).
4.     Provide an unsubscribe request on every email that is sent out.
5.     Ensure that the political party’s information (such as name, address, etc.) is on every email sent out.
6.     Adhere to all unsubscribe requests within a maximum of 10 business days.
7.     Manage all of your email addresses, email consent and permission in one main database so that information updates and unsubscribe requests are captured properly.

In Canada, failure to comply with CASL can result in a fine of up to $10 million per violation. There is a transition period of three years for marketers to make sure their lists are in compliance with the law.
politics, spam
1 comment about "Effective Political Email Marketing May Violate Canada's Anti-Spam Legislation ".
Check to receive email when comments are posted.
Next story loading