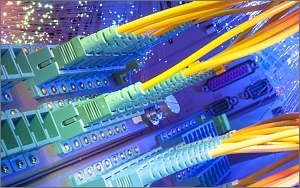 The lawmakers say in a friend-of-the-court brief that they support an open Internet, but believe that only Congress should decide policy questions about how to regulate broadband providers.

They argue that the history of the 1996 telecom law shows that the FCC lacked authority to reclassify broadband service as a public utility, which is regulated under Title II of the Telecommunications Act.

"The legislative activity undertaken by Congress since the 1996 Act demonstrates that Congress never intended the Title II-type 'net neutrality' obligations the FCC imposes on broadband providers in the Order and certainly never imagined the radical step of reclassification," Tennessee Rep. Marsha Blackburn and the other lawmakers say.

"Countless proposals to authorize the FCC to enforce so-called 'net neutrality' rules failed to pass, so the FCC (pushed by President Obama) took matters into its own hands," they add.

The GOP lawmakers are asking the D.C. Circuit Court of Appeals to side with the telecom industry, which is challenging the FCC's open Internet order. The D.C. Circuit judges said on Tuesday that they will allow the lawmakers to weigh in on the case.

Earlier this year, the FCC voted 3-2 to reclassify broadband as a telecommunications service and impose some common carrier rules on providers. That move came several months after President Barack Obama publicly urged the agency to do so.

The new rules prohibit broadband providers from blocking or degrading traffic, and from creating paid fast lanes. The rules also contain a new “general conduct” provision, which broadly prohibits ISPs from impeding the ability of consumers and content providers to reach each other.

Trade groups including the US Telecom Association and CTIA-The Wireless Association, as well as companies like AT&T and CenturyLink, say the rules should be set aside. "Under the guise of ensuring that the Internet remains “open,” the Order upends the decades-old status quo by subjecting the service that offers consumers the capability to access and use the Internet -- broadband Internet access service -- to heavy-handed, public-utility-style regulation designed for 19th-century railroads and 1930s telephone monopolies," they argue in papers filed in July.

The FCC has asked the court to reject that argument, as has the Internet Association -- a trade group made up of Google, Amazon, eBay and other Web companies.

Lawmakers who support the net neutrality rules, including Sen. Ed Markey (D-Mass.) and Anna Eshoo (D-Calif.), filed their own friend-of-the-court papers arguing that the Telecommunications Act of 1996 empowers the FCC to change its classifications as technology evolves.