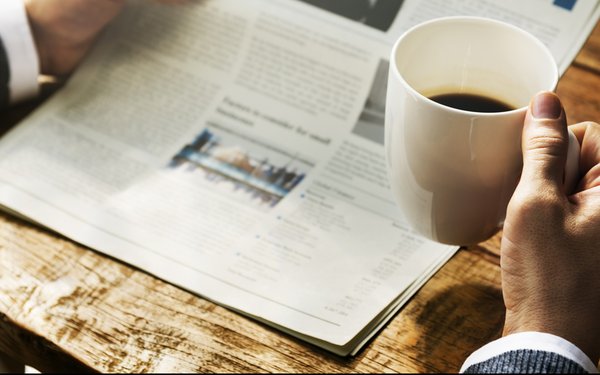 According to a new report from the Freedonia Group called "N ewspaper Publishing: United States," more bad news is ahead for newspapers, at least for a little while.

The study, which took into account revenue across print-only and print+digital outlets, forecasts that newspaper revenue will decline by 2.6% annually through 2022.

The rate of decline, however, shows signs of improvement going forward, with projected annual losses lessening from the annual rate recorded during the preceding decade.

This improvement is credited to a stabilization following efforts by digital media to find substitutions for lost advertising revenue and a disrupted industry.

Total revenues are presented in annual series from 2007 to 2017 in an effort to illustrate historical trends across advertising and other revenue streams.

However, despite the stabilization the report also shows the continued availability of free news will negatively impact subscription rates. Competition for advertising space will dampen those revenues going forward, as well.

The report separates revenue by source, including advertising space, subscriptions and sales, printing services, distribution services and an “other” category, which includes advertising and marketing services.

Additionally, the report looks at advertising, subscription and sales revenues by media type, including print, digital and other.

Digital publishing is specifically examined; predictions include continued growth across subscriptions, sale and advertising, but with slowed growth to single digits, as further stabilization occurs across the market.