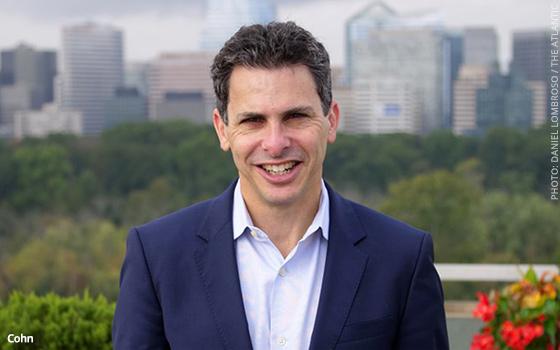 The Atlantic president Bob Cohn will leave his post in September after being named a Resident Fellow at The Institute of Politics at Harvard Kennedy School, the magazine announced Thursday.

Atlantic's staff was notified via a memo from David G. Bradley, AtlanticMedia chairman.

“While the fellowship is a three-month program, Bob has decided to use the development as a natural off-ramp from his 10+ years of service at The Atlantic,” he wrote, adding Cohn was surprised when he was awarded the fellowship.

Cohn joined The Atlantic as digital editor in 2009 and served as president for five years. He “led the conversion of our then-modest website to the largest economic pillar of the enterprise,” wrote Bradley. “It is not too much to say that this work rescued and then reset The Atlantic.”

Bradley credits Cohn with leading “the creation of an Atlantic at scale.” Under Cohn’s leadership, The Atlantic grew from 180 staffers to 440 and increased readership from 15 million to more than 30 million. Revenue grew to 60% over five years.

Bradley added that under Cohn and Margaret Low, AtlanticLIVE doubled revenue and currently produces more than 100 events each year.

Bradley’s long-term plan is to gather the entire staff this fall and devise a three-year strategy.