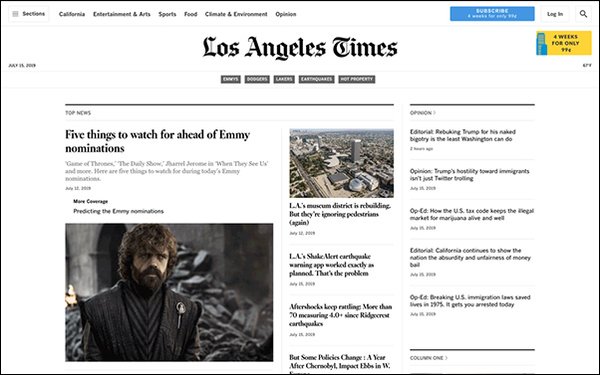 The Los Angeles Times showed the latest sign of separating from former owner Tribune Publishing Co. with the rollout of a home-grown digital publishing technology.

The system powers the redesigned latimes.com website and its mobile apps for Apple or Android devices.

“GrapheneCMS unifies our publishing systems into one content hub, built for today’s multimedia environment,” the company said. “Its innovative tools will save newsrooms time and money.”

The newspaper cut the number of ads on its digital pages to make them easier to read, especially on smaller smartphone screens. It aims to sell more subscriptions to “a premium reading experience with fewer ads,” according to its statement.

The commenting system was revamped to let readers comment on articles while screening out anonymous trolls. Only registered users can post comments to the site. They are allowed to “respect” the commentary of others instead of “liking” it.

LAT and its sister publication, the San Diego Union-Tribune, are the first newspapers to use GrapheneCMS, which eventually will be marketed to other news organizations.