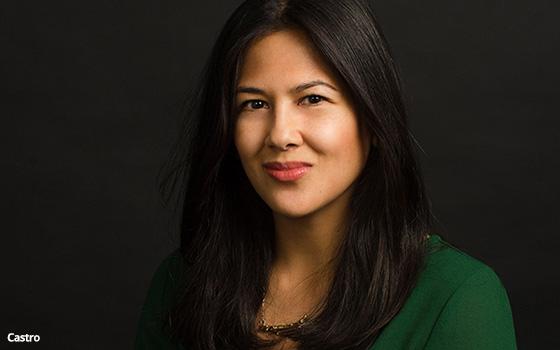 ‘U.S. News & World Report has promoted Kim Castro to the posts of editor and Chief Content Officer. Castro is the first woman to hold the position of editor.

Castro will oversee all of U.S. News’ editorial content across sections with an eye on quality and accessibility.

She has been with U.S. News for a decade. During that time, she lead the consumer advice team, covering education, health and money.

In her new post, Castro stated she wants to "build on an editorial foundation focused on creating high-quality service journalism, while advancing the brand through SEO, public relations, social media and product.”

Separately, The Information reports that BuzzFeed’s Chief Marketing Officer Ben Kaufman is stepping down from his position at the end of the year. He has held that post for less than a year. He will stay on as an advisor.

Kaufman started at BuzzFeed in 2016 after it acquired his company Product Lab. During his tenure, he created the company’s commerce division, which includes licensing and affiliate and strategic partnerships. According to The Information, the division is expected to bring in $65 million in revenue in 2019, a 70% year-over-year increase, with 85% gross margins.

BuzzFeed as a whole is expected to break even this year, with an expected return to profitability in 2020, reports The Information.

Kaufman is also CEO of his retailer Camp, a New York-based kids and family store that sells toys and hosts events. Camp is expected to open four more stores across the U.S., and Kaufman is reported to be spending more time on that business.