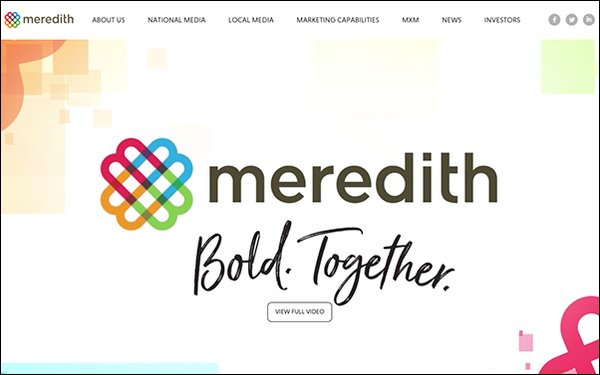 Much of the National Media Group’s 2019 action involved its plan to strategically integrate its acquired Time Inc. brands and businesses.

Across digital properties, advertising revenue accounted for 34% of total National Media Group advertising revenues in fiscal 2019. Digital advertising performance among Time Inc. titles lagged in the digital-ad category, however, it met expectations in the second half of the year.

Consumer-related revenues accounted for more than 45% of total National Media Group revenues in fiscal 2019. Meredith Corp. notes its role as a leading participant in the Apple News+ subscription service as boost in this category.

Meredith Corp. also brought in $430 million related to the sales of Time, Fortune and Sports Illustrated in fiscal 2019.

Looking to the year ahead, the National Magazine Group expects digital advertising revenue to increase in the mid-single digits and to invest strategically in growing digital advertising and consumer related activities. The group also anticipates lower contributions from consumer related revenues, due primarily to the number of low-margin magazine subscriptions coming from Time Inc. brands.

"Without a doubt, the Time Inc. acquisition has dramatically improved our competitive position in the marketplace, lifting Meredith from the No. 4 player to No. 1," stated Meredith Corporation President-Chief Executive Officer Tom Harty.

"That said, we begin fiscal 2020 at a lower profit point than originally expected. In addition, we are planning strategic investments to further strengthen our performance and maximize shareholder value over time. Both of these factors contribute to a reset of our financial expectations in the outlook we're providing," he added.