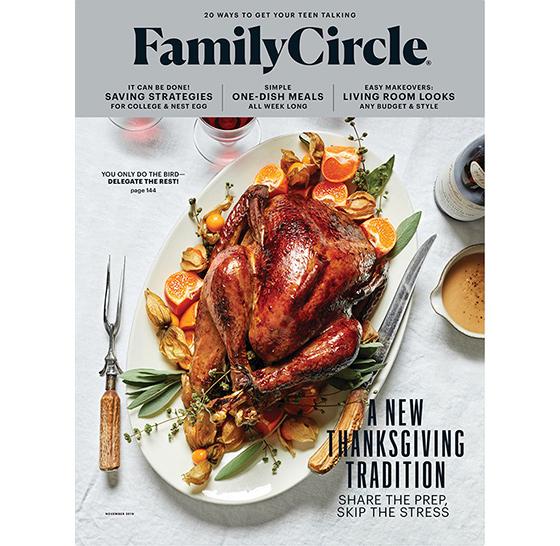 Family Circle, which was acquired by Meredith in 2005 as part of its purchase of Gruner + Jahr USA, will end following the publication of its December 2019 issue. The title publishes 12 times a year with a rate base of 4 million.

Some of FC's top talent is transitioning to new positions at the publisher.

"When we acquired the Time Inc. portfolio of media brands in January 2018, we doubled our presence in the women's lifestyle category," Doug Olson, president of Meredith Magazines, stated. "Our portfolio philosophy continues to emphasize investing in brands that are market leaders and/or possess the highest growth potential. Sometimes, that means making hard decisions. Fortunately, we have been able to find new roles for some of the Family Circle team.”

Taking the helm as EIC of Parents is Julia Edelstein, who was previously the title’s executive editor.

Karla Partilla has been named vice president and publisher of Allrecipes and the upcoming Rachael Ray Every Dayconsumer-driven title.

Also promoted is Daren Mazzucca, who will take responsibility for Martha Stewart Living, in addition to Real Simple, as the vice president and group publisher of the titles.

Olson stated the new promotions and appointments “align top talent with many of the leading brands in the industry.”
magazines, management
Next story loading