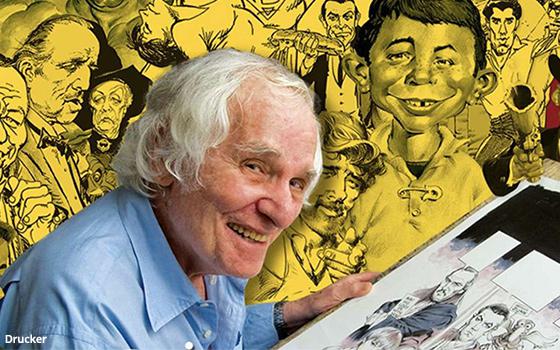 Drucker began working at Mad in 1956 and spent 55 years with the title. He is survived by his wife Barbara Hellerman, daughters Laurie Bachner and Melanie Amsterdam, and three grandchildren.

“Mort was a true master of the craft of visual storytelling, and his work transcended the boundaries of the different applications of the comic medium. He could do it all, from realistic comic-book work to the silliest of cartoons to everything in between,” per a statement from the National Cartoonist Society, which announced his death.

In addition to his work with Mad, Drucker was responsible for movie posters for films like American Graffiti, album covers, children’s books and advertisements, the New York Post notes.

Drucker was memorialized by Mad magazine’s Twitter account, with a post stating: “RIP, Mort Drucker, whose caricatures revealed as much as they ridiculed. In your memory, we will continue to satirize even in dark times, and laugh like Idiots while doing it.”