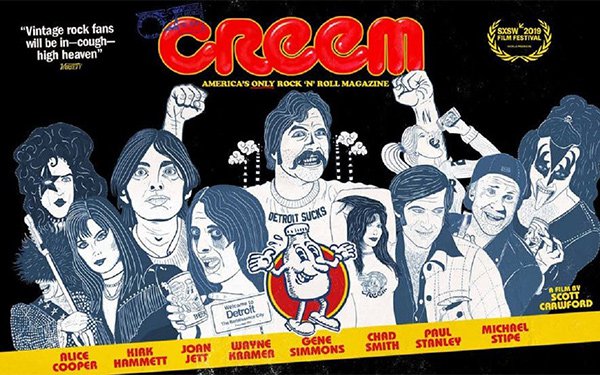 A documentary exploring the storied history of rock magazine Creemis now in wide release across the U.S.

The campaign resulted in over-funding and found support from artists such as Alice Cooper, Ted Nugent, the Red Hot Chili Peppers' Chad Smith and Joan Jett, The Oakland Press notes.

The film focusing on the rise and fall of the magazine during its lifespan in Detroit. It also captures the city’s music history that includes Alice Cooper, Iggy Pop and Bob Seger.

In an interview with the Detroit Free Press, co-writer and producer of the documentary and former staffer Jaan Uhelszki recalls starting out in the magazine’s subscription department. But she did her job so poorly, she was soon promoted to a writing position by publisher Barry Kramer.

The article notes the magazine was also a starting point for women writers like Uhelszki, Roberta Cruger, Lisa Robinson and Susan Whitall.