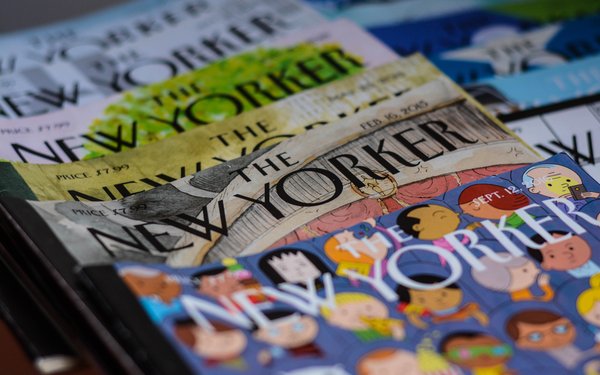 The New Yorker today saw a work stoppage as more than 100 union employees staged a 24-hour walkout over a pay dispute. The magazine's union represents fact checkers, web producers and other editorial staffers at the Condé Nast magazine.

"We are withholding our labor to demand fair wages and a transparent, equitable salary structure," the union said in a letter posted to Twitter. It also threatened further action if management didn't meet demands for minimum salaries, guaranteed yearly raises and quicker negotiations on a labor contract.
The union, which doesn't represent staff writers, has sought to raise the minimum salary to $65,000 to give entry-level employees better means to live in New York City. Management presented a counter offer of $45,000, or $3,000 more than the current level, and merit-based raises that aren't guaranteed, according to the union.
“The company's proposal showed disrespect for us and for the work we do," its letter says. "We urge them to meet us at the table next week ready to bargain in good faith.”
The New Yorker responded with a call for ongoing negotiations instead of a work stoppage.
"It is our hope that, as opposed to resorting to actions like this one, the union will bargain in good faith and return a counter proposal, as is standard in negotiations," a magazine spokesperson stated. "That way, we can work together productively to reach a final contract as quickly as possible.”
The walkout comes at a challenging time for the publishing industry, as the pandemic and its economic fallout magnify a longer-term decline in advertising revenue. Media companies have cut costs in response, with one study indicating that print, digital and broadcast newsrooms shed more than 16,000 jobs last year.
The union's claims about salary levels are based on a study it conducted in September that found union workers at the magazine had a median salary of $64,000 and editorial assistants received a median of $42,000.
“We dispute certain conclusions of this study, and we are determined to get to an equitable agreement," a New Yorker spokesperson said. "We are devoted to fair pay all around.”
The union didn't immediately respond to a request for comment through its website.