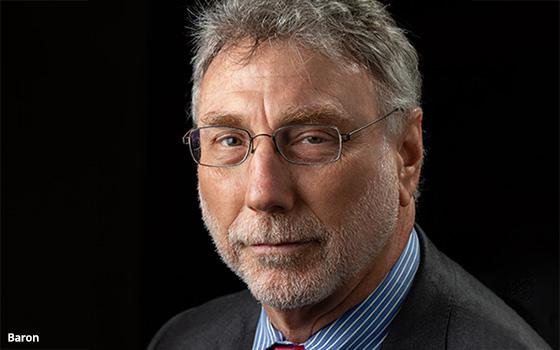 UPDATE: This story has been revised to add a statement by a Washington Post spokesperson about the newspaper's search for a new executive editor.

Marty Baron, the executive editor of The Washington Post,credited with reviving the newspaper's newsroom, announced plans to retire on Feb. 28, ending months of speculation about his plans.

“The experience has been deeply meaningful, enriched by colleagues who made me a better professional and a better person. At age 66, I feel ready to move on," he wrote in a memo to staff. "The Post is well positioned for the future. We have now created a truly national and international news organization.”

Baron joined WaPo in late 2012, eight months before Amazon founder Jeff Bezos bought the newspaper from the Graham family for $250 million. The tech billionaire oversaw the newspaper's return to profitability in 2016 with a growth-minded philosophy of expanding editorial coverage and selling digital subscriptions.

“Our staff, which once endured excruciating annual cuts, has catapulted from 580 journalists to a budgeted 1,010 this year," Baron said in his memo. "The newsroom of 2021 will be the biggest in history, an investment that signals overwhelming confidence in our prospects.”

The newspaper's digital subscriptions last year grew by almost 1 million to reach about 3 million by the end of 2020, he said, helping to confirm an earlier report that paid circulation had more than tripled since 2016.

Baron had hinted he would stay at the newspaper through the 2020 presidential election.

“Although we have long known this day would come, it does not lessen the emotion we feel with news of Marty Baron‘s decision to retire," Fred Ryan, WaPo's publisher-CEO, said in a note to employees. "Under Marty's eight years of newsroom leadership, The Washington Post has experienced a dramatic resurgence and has soared to new journalistic heights.”

“Our success these past several years would not and simply could not have happened without you," Bezos wrote. " You will be missed so much. Not just your intellect but also — and most hard to replace — your heart.”

Baron joined WaPo after running The Boston Globe, where he oversaw its Pulitzer-winning coverage of sex abuse by Catholic priests in the Boston Archdiocese. The investigation was dramatized in "Spotlight," a 2015 film starring Liev Schreiber as Baron. The film won the Academy Award for Best Picture. Before joining the Globe, Baron was editor of The Miami Herald, which is published by McClatchy Co.

WaPo will seek internal and outside candidates for the executive editor job, Ryan said.

The leading outside candidate is Kevin Merida, a former managing editor at the Washington Post who left in 2017 for ESPN, New York Times media columnist Ben Smith reported last month.

Steven Ginsberg, the national editor since 2017, is seen as the leading contender from within the WaPo, Vanity Fair media columnist Joe Pompeo reported, citing unnamed sources.

When asked about the newspaper's search for a new executive editor, a WaPo spokesperson referred to Ryan's memo.