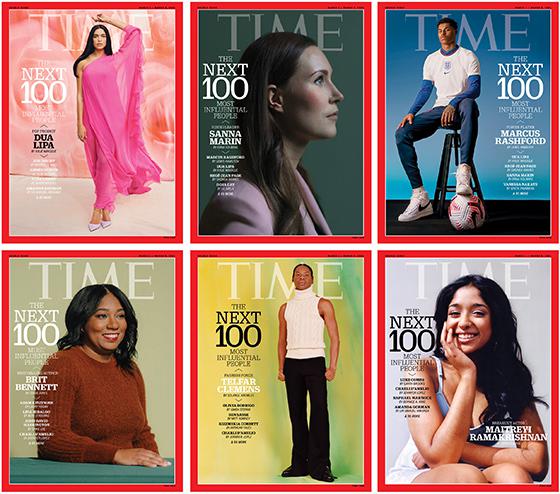 Time released its 2021 "Time 100 Next" list this week — and is enjoying the visibility that comes with it. But the magazine has one new headache that has resulted in negative publicity: Meredith is acting in a threatening way over Time’s move to transfer parts of its robust bookazine business from Meredith to Bauer Publications.

Meredith has sent a cease-and-desist letter to Time editor-in-chief-CEO Edward Felsenthal, stating a deal signed with Bauer violates the contract signed when Salesforce founder Marc Benioff and his wife Lynne bought Time from Meredith for $190 million in 2018, the NYP writes.

It’s unclear if this will lead to litigation, but proves that bookazines are a high-stakes business that can lead to conflict, and that print is far from dead.

Separately, Time is showing formidable publishing capabilities. For one, it is fielding videos online to accompany the "100 Next" issue, which has six worldwide covers, each highlighting a member of the list.

Also, the magazine booked fellow celebrities to write up the profiles of the honorees — Mitt Romney on Ben Sasse, Anthony Fauci on Kizzmekia Corbett, Beto O’Rourke on Lina Hidalgo and Rachel Maddow on Steve Kornacki.

Felsenthal writes that the people who made the list this year are “doctors and scientists fighting COVID-19, advocates pushing for equality and justice, journalists standing up for truth, and artists sharing their visions of present and future.” Of the 100, 54 are women.

As for the Meredith flap, Time apparently is proceeding with Bauer. Per the NYP, it issued this statement:

“We are perplexed by Meredith’s letter. We provided them the opportunity to continue to be our partner on bookazines, but ultimately decided that the best business decision was to partner with Bauer going forward. We understand they would be disappointed that this did not work out as they had hoped.”