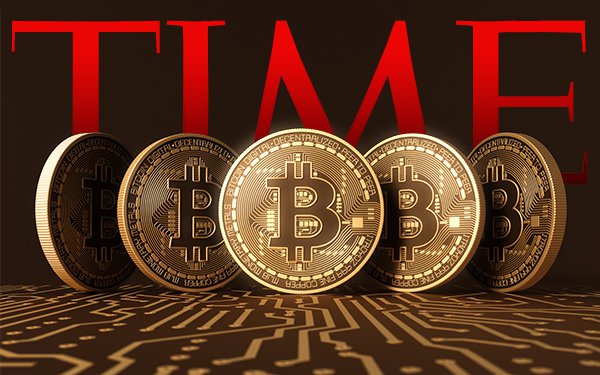 Time magazine has expanded its embrace of cryptocurrency, judging by a tweet posted on Monday by Grayscale CEO Michael Sonnenshein.

Tweeted that Grayscale is partnering with Time on a video series on the crypto space. In addition, Time has agreed to be paid in bitcoin, the tweet continues.

Moreover, the magazine recently posted a job listing for a new CFO a few weeks ago, and one of the qualifications was that the person has “comfort with Bitcoin and other cryptocurrencies,” the Street reports.

However, these are not the first moves toward cryptocurrency for the magazine owned by Salesforce co-founder Mark Benioff and his wife Lynne.

Last month, Time auctioned off three iconic covers — “Is God Dead,” “Is Truth Dead” and “Is Fiat Dead?” — as non-fungible tokens (NFTs), a subset of cryptocurrency.

The auction pulled in $435,000, with another $1 million coming in over the following seven days, Adweek reports.

Time is not the only publisher to move in this direction.

The New York Times auctioned off a cover about NFTs — as an NFT — and pulled in $700,000 according to The Hustle.

Last week, Forbes auctioned a cover featuring  bitcoin champions Cameron and Tyler Winklevoss, brothers hailed in the cover headline as “Merchants of the Metaverse.” The cover, show by photographer Michael Prince, was converted into an NFT by the digital artist Yoshi Sudeoka.

Forbes said it would donate the proceeds to the Committee to Protect Journalists and the International Women’s Media Foundation.

Unlike bitcoin, NFTs “store extra information that are unique in both substance and value,” says Brian Georgi, CRO at Boostr. “As a result, one couldn't simply trade them at 1:1 value like one could with a standard dollar. “