Facebook To Drill Down With News Feed Preference Questions 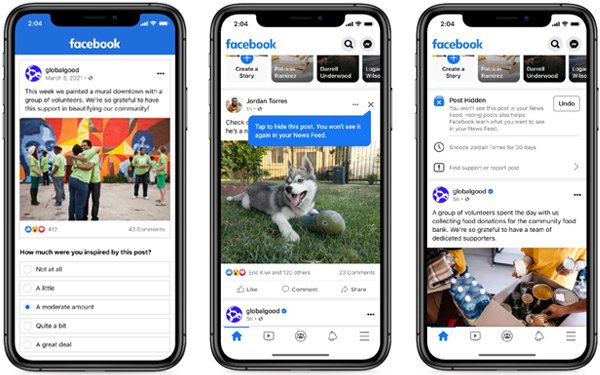 The social giant announced Thursday it would expand beyond its normal survey query — “Is this post worth your while?”—to seek answers in these areas:

People have indicated they desire more uplifting content in News Feed. “We’ll incorporate their responses as a signal in News Feed ranking, with the goal of showing people more inspirational posts closer to the top of their News Feed,” Facebook says.

Is a topic interesting?

Just because a person’s News Feed features posts from friends and family doesn’t mean the topics are always interesting. Facebook plans to ask people "whether they want to see more or fewer posts about a certain topic, such as cooking, sports or politics, and based on their collective feedback, we’ll aim to show people more content about the topics they’re more interested in, and show them fewer posts about topics they don’t want to see.”

Increasingly, Facebook is hearing that people want to see less about politics. “This is a sensitive area, so over the next few months, we’ll work to better understand what kinds of content are linked with these negative experiences,” Facebook continues.

Facebook initiated surveys in 2019 to ask the “worth your time” question.

“Our goal with News Feed is to arrange the posts from friends, Groups and Pages you follow to show you what matters most to you at the top of your feed,” it explains. “Our algorithm uses thousands of signals to rank posts for your News Feed with this goal in mind.”