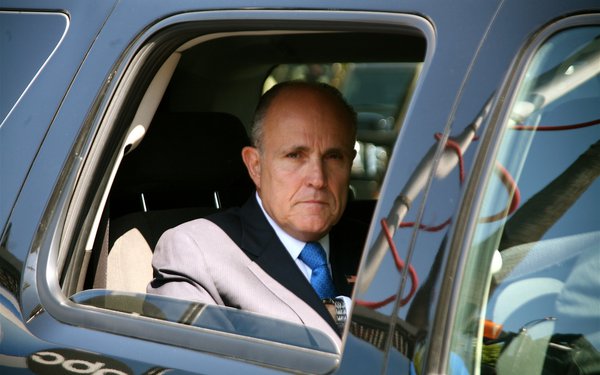 Three major news organizations have corrected their reporting stating  the FBI had warned Rudy Giuliani about a Russian influence campaign.

The New York Times, Washington Post and NBC News all walked back the reports that followed the FBI raid on Giuliani’s home and office on Thursday, April 29.

The episode was unusual in that it involved three news outlets and that both the original stories and corrections appeared based on anonymous sources.

“On Friday, we reported the FBI back in 2019 had warned Rudi Giuliani that he was the target of a Russian influence operation, according to a source familiar with the matter,” said NBC national security correspondent Ken Delanian.

Delanian continued: “A second source is telling us today that so-called defensive briefing, while prepared, while planned, was not actually delivered. So we have amended our story to reflect our latest understanding.”

In addition, The Washington Post had made a similar correction, he noted.

WaPo said: "An earlier version of this story, published Thursday, incorrectly reported that One America News was warned by the FBI that it was the target of a Russian influence operation," according to CNN. "That version also said the FBI had provided a similar warning to Rudolph W. Giuliani, which he has since disputed."

The NYT revised its reporting, too.

"An earlier version of this article misstated whether Rudolph W. Giuliani received a formal warning from the F.B.I. about Russian disinformation," the NYT said in a correction posted at the bottom of an online story, according to CNN. "Mr. Giuliani did not receive such a so-called defensive briefing."
government, newspapers, politics, russia
Next story loading