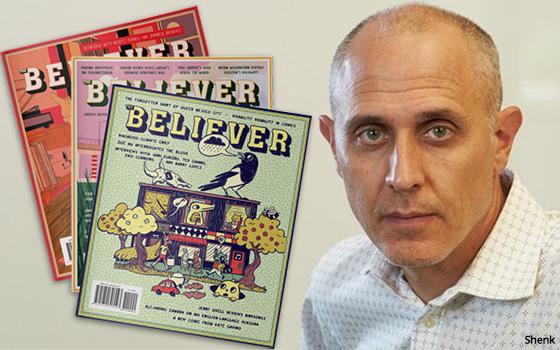 An academic editor has stepped down following an apparent sartorial lapse that was caught on Zoom.

Joshua Wolf Shenk resigned as editor-in-chief of the Believer magazine and artistic director of the Black Mountain Institute, the Los Angeles Times reports. Believer is a bimonthly of interviews, essays and features, often penned by well-known writers.

John P. Tuman, associate dean for faculty at Nevada University, Las Vegas, will serve as acting executive director as a search for a replacement is conducted. The Black Mountain Institute is part of the university.

In February, Shenk conducted a video meeting with a dozen staff members from a bathtub, three sources who were in the meeting told the LAT.

Shenk was soaking in Epsom salts, due to pain from fibromyalgia, and was wearing a mesh shirt. He had chosen a virtual background to shield his location.

But when he arose to plug in his computer, the video continued.

Shenk reported the incident immediately and later apologized in a farewell letter to the staff for “a dumb, reckless choice to disregard appropriate setting and attire for a Zoom meeting.”

He added, “I crossed a line that I can’t walk back over. I sorely regret the harm to you — and, by extension, to the people we serve. I’m sorry.”

The LAT adds “at least two witnesses reported the incident to the university’s Office of Equal Employment.”

The episode was one of several of its type to occur during the pandemic as people work at home and forget they are on camera.

Shenk, the author of “Lincoln’s Melancholy” and “Powers if Two,” had been negotiating a transition in leadership prior to the incident, literary agent Ira Silverberg  told the LAT. In November, former New Yorker writer Jeffrey Toobinwas caught exposing himself on a work Zoom call with magazine staffers and WNYC Radio. Toobin was apparently part of a different video call when the incident occurred.
magazines, management
Next story loading