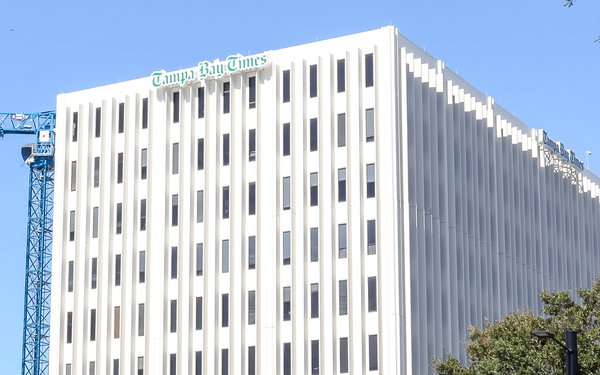 In another sign of the changes going on in the news business, The Tampa Bay Times has sold its printing facility in St. Petersburg for $21 million to Twenty Lake Holding, Alden Global Capital’s real-estate arm.

Alden acquired Tribune Publishing for $635 million earlier this year and has reportedly has been consolidating newsrooms since then.

The printing presses, which operated at the site for 60 years, were dismantled six months ago and the Times shifted operations, which now consist of producing the Sunday and Wednesday print editions, to Lakeland, Florida, the Times reports in a story on the transaction.

The Times will lease back part of the St. Petersburg property for use as a distribution center. Alden is developing the rest for “non-newspaper purposes,” the paper reports.

Most of the $21 million will be used to pay off the remaining part of a $15 million loan to the Times Publishing Co. from FBN Partners, a group of local investors.

“This is a rea- estate deal, not a newspaper deal,” says Paul Tash, chairman and CEO of the Times, according to the Times. “We had offers from any number of potential buyers, and we treated this one from Twenty Lake Holdings just as we did every other buyer and every other bidder. Their offer was best.”

The Tampa Bay Times is a nonprofit news organization owned by the Poynter Institute.