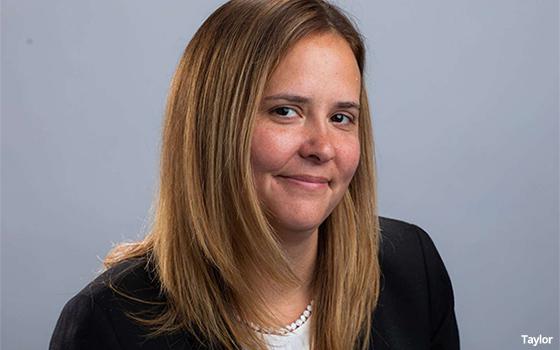 managing editor Chrissy Taylor is joining the parade of editors and other staffers who have left the paper following its acquisition last May by Alden Global Capital. Taylor’s last day will be October 8.

It was not reported what Taylor’s next move is, or if she is among those who have taken a buyout from Alden, which acquired Tribune Publishing for $633 million earlier this year.

In an email to staff, executive editor Mitch Pugh called Taylor the “most fearless, driven and talented journalist I’ve had the pleasure to meet,” according to a story in the Tribune.

“The work she has done since coming to Chicago in 2018 to transform this newsroom is remarkable.”

Pugh credited Taylor with fueling “explosive digital subscription growth and deeper engagement,” and with reshaping “the way we tell stories.” She led the newsroom through the last presidential election and the COVID-19 pandemic.

Prior to joining the Tribune, Taylor served as vice president of digital publishing for sister publication the Hartford Courant.

“I am incredibly grateful for the many opportunities I’ve had during my tenure to learn and grow from the amazing people in this company in Chicago, Hartford and the other Tribune Publishing markets,” Taylor states, according to the Tribune. “While this was a difficult decision for me to leave, I am very excited for what comes next.”

In August,  Colin McMahon stepped down as editor-in-chief the Tribune, and Pugh, formerly executive editor of The Post and Courier in South Carolina, assumed command. At that point, over 40 journalists had accepted voluntary buyouts, according to the paper.

And, last week, it was reported that Robert York is stepping down as editor in chief of the New York Daily News, to be replaced on a temporary, “as-needed” basis by Andrew Julien, the editor and publisher of The Hartford Courant, reports state.