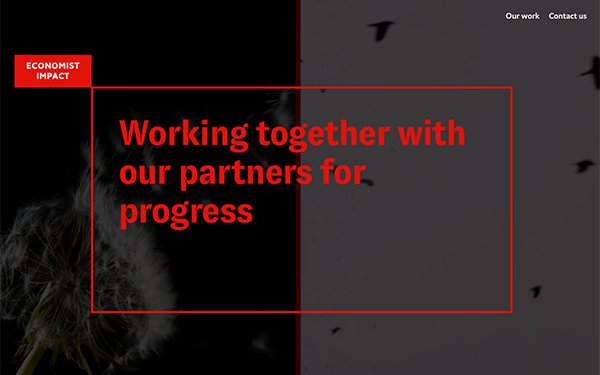 The Economist Group, which publishes The Economist magazine, has launched Economist Impact, a business that it says will partner with corporations, governments and nonprofits to drive positive societal change.

The news follows The Economist Group’s strong 2021 performance, which includes a 27% boost in operating profit to £41.8 million.

Economist Impact expects to drive the conversation around sustainability, health and the changing shape of globalization. The new entity brings together services that were previously offered by other groups within the company, including EIU Thought Leadership, EIU Public Policy, Economist Events, EBrandConnect and SignalNoise.

“To overcome complexities and seize opportunities in our modern world, today’s leaders must shape the conversation on topics that matter,” states Lara Boro, CEO of The Economist Group. “Economist Impact is designed to provide decision makers with the deep-dive insights and a trusted platform they need to do that.”

Woermann adds the partnership “connects an engaged audience of treasurers all over the world, underpinning Deutsche Bank's role as Global Hausbank.”

Economist Impact says it combine the rigor of a think-tank with the creativity of a media brand.

The Economist Group’s other businesses include Economist Intelligence, Economist Education