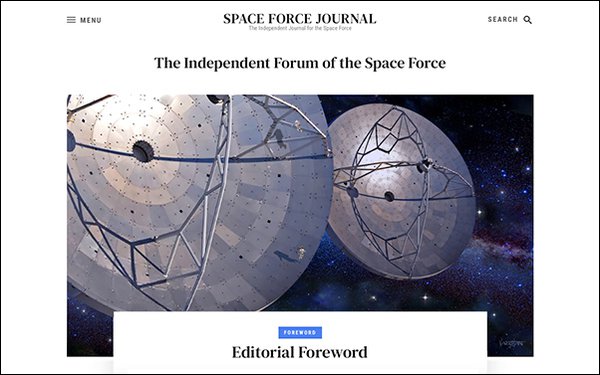 There is always a certain amount of tension in association media. Teams within organizations that create content generally seek editorial independence, while association leadership seeks a measure of editorial control as it manages pressure from influential board members and industry leaders.

That dynamic has caught up to Space Force Journal, which Politico reported yesterday is shutting down after just two issues. The journal was launched a year ago by the Space Force Association as a voice for the new branch of the military. Neither the journal nor the association is affiliated with the government.

But “a creative disagreement over the independence and effective control of the journal resulted in a mass resignation of SFJ board members,” Politico said, in a quote attributed to Mir Sadat, the journal’s editor and a former official with the National Security Council, now with the Atlantic Council.

Sadat is planning to start a new journal, Politico added.

Dave Brown, Politico defense editor, followed up yesterday’s report with some elaboration today. Bill Woolf, the Space Force Association’s president, described the dust up as a “miscommunication and misunderstanding” that led volunteers not to understand the relationship between the journal and the parent association, “even though it was very clear from the outset.”

The publication, Woolf said, is subordinate to the association, though it does have editorial independence. He said it will relaunch under a new editor and new board, per Politico.

journalism, magazines
1 comment about "'Space Force Journal' Shuts Down After Just 2 Issues In Dispute Over Editorial Control".
Check to receive email when comments are posted.
Next story loading