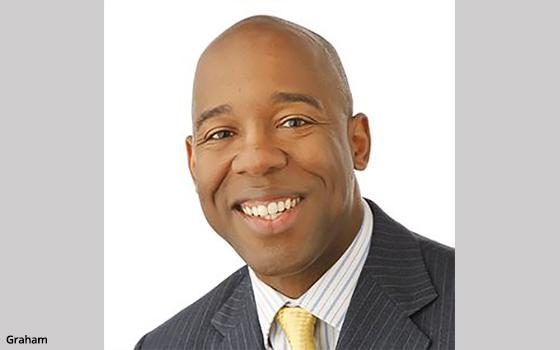 Diversity, equity and inclusion is major priority at many American institutions and not surprisingly, journalism is among them.

Old patterns of institutionalized bias and discrimination live on in boardrooms and newsrooms alike, harming women, people of color, members of the LGBTQ community and others. What is surprising is the disconnect between the journalists who write about DE&I, and their work environments, which frequently fall short.

We caught up with Larry Graham, a veteran journalist and founder of the Diversity Pledge Institute — dedicated to improving recruitment and retention among diverse candidates — for a conversation about DE&I in American newsrooms. It starts with an acknowledgment that most news organizations don’t reflect the diversity of the communities they cover and don’t always live up to DE&I values. This weakens the quality of news organizations and their content.

Before forming the Diversity Pledge Institute earlier this year, Graham worked at the Milwaukee Journal Sentinel, ESPN, The Fayetteville Observer, The Kansas City Star, The Toledo Blade and The San Diego Union-Tribune. In a column last week in Editor & Publisher, Graham described microaggressions in the newsroom and the work journalism organizations still have to do.

Publishing Insider: What's your report card on the state of DE&I efforts in America's newsrooms?

Larry Graham: Probably an “I” for incomplete. Most newsrooms have a long way to go, but you can definitely see the efforts being made and a new awareness around diversity dawning. Diversity is a long, messy process. But there are newsrooms taking steps beyond simple performative actions and that are truly looking to change.

PI: Same question, but beyond the internal corporate HR perspective. In short, what is journalism like in terms of relevance to underserved readers and in terms of framing the conversation for society?

Graham: Some newsrooms are trying to game the system, plain and simple. They’re exploring all their options when it comes to gaining digital subscribers. If that means identifying the type of content leadership feels will appeal to certain audiences, that’s the content they’ll produce. However, you could argue their goals are out of alignment. Why don’t they prioritize providing their audiences with the content they’re looking for while accurately reflecting their communities, which will lead to increased profits and digital subscriptions?

PI: In your E&P column, your specific bullets seem to be a profound indictment. What's to be made of someone who refers to a boss or a colleague as "the Black boss?" Similarly, the idea that a Black journalist isn't to be featured on page one. I guess I’m asking you to elaborate on that bizarre, racist activity. Can you name names?

Graham: You call those stories bizarre, but I call them a Tuesday or a Thursday or any other day of the week. They’re just a reality for a lot of POC journalists. However, the point of those stories wasn’t to call anybody out. It was to showcase a pattern in journalism that a lot of us have become all too familiar with. Because let’s be honest. What’s most bizarre is the fact that it’s almost 2022 and we’re still asking why every newsroom in the country doesn’t have some sort of policy against the use of the “N-word.”

PI: You mention the "N-word" being used in newsrooms. Can you tell more about who would say such a thing in a newsroom, and why, and what the response was?

Graham: This particular instance happened over a Zoom call, and there was silence. Seven or eight people on camera and nobody said anything. And when leadership was informed of the incident, silence again. When leadership knows and doesn’t address these incidents it sends a very strong message to every Black person, every person of color in general in that newsroom, that leadership lacks the courage to even acknowledge the behavior.

PI: What steps should top editors, publishers and corporate folks take to address these things? How do we know it's not lip service? I mean both internally and externally.

Graham: We all know what an org chart looks like. Well, there’s one floating around on social media that features the top rows of the organization with white faces, and then a diverse group of faces along the very bottom row. My advice: Don’t do that.