My Code Partners With 'Mochi,' Pub For Asian-American Women 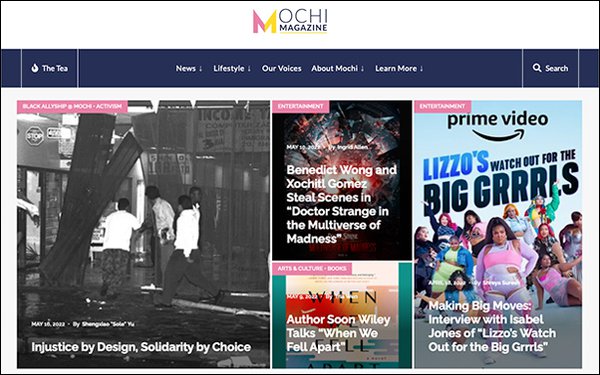 Digital-media company My Code this week announced an exclusive partnership with Mochi Media, publisher of Mochi Magazine, to produce advertising creative and content for the brand.

In the partnership, My Code will deploy A Code, which combines content creation, ad tech and audience development based on data intelligence, aimed at the Asian Pacific and Pacific Islander community. This market segment is the fastest growing and most diverse consumer group in the United States, according to the companies.

“I deeply appreciate the way My Code treats multicultural marketing with the highest degree of research, passion and professionalism, and closely aligns with Mochi Magazine’s values of accurately appealing to and representing Asian American women, a highly underrepresented but extremely important community,” Mochi Magazine Editor in Chief Giannina Ong said.

In addition to its focus on the AAPI community, My Code has a wide variety of multicultural specializations that reaches over 60 million Hispanic, Black, AAPI, Female and LGBTQ+ audiences. My Code offers branded content that’s informed by data, plus integrated partnerships with publishers, and high-impact media across audio, CTV/OTT, video and display.