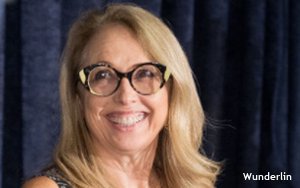 The media audit agency BPA Worldwide this week announced the appointment of three new members of its board of directors.

Deanna Pagano, who heads marketing technology and data integration for TD Ameritrade, while also serving as a leader on the data-driven communication team at Charles Schwab. Schwab acquired TD Ameritrade in 2019 for $26 billion.

Previously in a similar role, Pagano led U.S. marketing analytics and enablement at MetLife. Prior to MetLife, she headed global digital analytics and ecommerce at LexisNexis. In addition, she spent 14 years in Time Inc.’s Consumer Marketing division.

Pagano will serve as the marketer representative on the BPA board.

Pease began his publishing career with Maxwell Communications and Wilmington Publishing, and in 1992 he was recruited to join KHL.

Also named as a publisher representative was Rhonda Wunderlin, senior vice president for performance marketing at Questex. In that role she’s responsible for building the organization’s seller and buyer experience from discovery through purchase and advocacy, connecting the dots to monetization.

Wunderlin hwas honored as Modern Marketer of the Year by Oracle, 20 Women to Watch in Sales Lead Management, and a 2021 Top Women In Media Change Maker honoree. She has also served as a board member of the American Marketing Association, Oracle’s Marketing Cloud Customer Advisory Board, the Software & Information Industry Association (SIIA), and as a founding member of Omeda’s Executive Advisory Board.

BPA Worldwide, based in Shelton, Connecticut, is a not-for-profit provider of third-party assurance. It was originally created by advertisers, advertising agencies and the media industry to audit audience claims used in the buying and selling of advertising. It was founded in 1931.