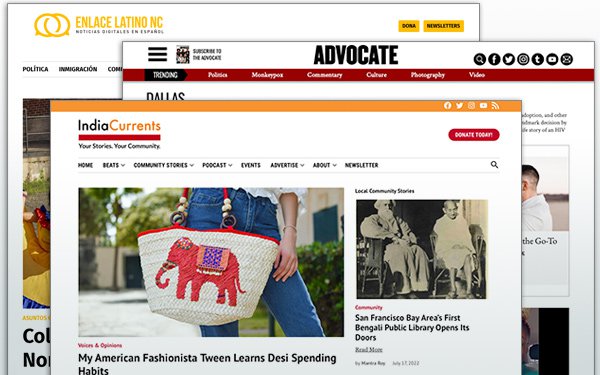 The John S. and James L. Knight Foundation has awarded $20,000 grants to 25 publications to change or upgrade their digital publishing technology.

The one-time grants were given in the third round of the $2 million, three-year Sustainable Publishing Solutions (SPS) initiative. The recipients were chosen from a pool of 74 applicants.

Of this year’s grantees, 88% are nonprofit or fiscally sponsored, 36% are led by and/or serve communities of color; and 56% focus on local journalism.

The selection was managed by News Revenue Hub, a nonprofit that has worked with 70+ publishers to help them build membership revenue, grow their audiences and develop sustainable business practices.

Past recipients of the SPS grants include QCity Metro. It used its 2021 award to build out its existing CMS, launching the Livin’ Charlotte portal to introduce residents and newcomers to Black-owned businesses.

“We believed this was something we could do, but sometimes you just need a little bit of seed money,” says Glenn Burkins, Editor and Publisher of QCity Metro.

The Prison Journalism Project used funding to migrate to Newspack in October 2021. Its new CMS connects readers with more than 1,500 stories written by prisoners.