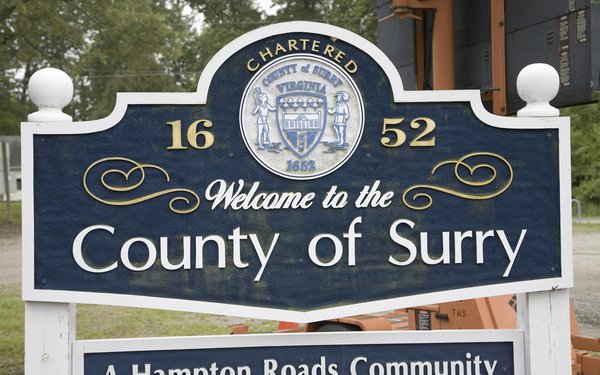 Surry County, Virginia, is a rural area with an estimated 6,422 people, an almost 10% decline from 2010.  And it is a news desert, meaning “no newspaper (weekly or daily) has a mailing address” in the country, according to “Desert Work: Life and Labor In A News And Broadband Desert,” a study by Nick Mathews and Christopher Ali.

Residents often take it upon themselves to report news by word of mouth, but finding the news is difficult: Only 3.65% of Surry County residents had the ability to “access fixed terrestrial broadband at the FCC defined speed of 25/3,” the authors note.

One resident called the Dollar General the area’s “information hub.” And another said, ““You’re going to stop, and you’re going, ‘OK, what y’all got going on?’ It’s country nosey.” This party added, “it’s bad that our news reporters are people around the street.”

Even when it is included in news reports, Surry County is not identified by name. “You’ll hear ‘Hampton Roads,’ but you won’t hear a breakdown (with Surry County),” one resident said. “I don’t think I’ve ever heard a breakdown on the news, ever.”

This was especially maddening when residents needed information on COVID-19, since there was none specific to their county.

Another problem is that without reliable broadband service and “news organizations available to promote business endeavors, residents fear for Surry County’s economic future and a resulting decline in population,” the authors write.

As in many such counties, these residents are paying “the rural penalty.” The authors cite research showing that of the 3,143 counties in the U.S., “more than 2,000 have no daily newspaper and 225 have no newspaper at all.”

Mathews and Ali interviewed 19 residents, including 12 females and seven males, in 2020. Of this group, 11 had at least a bachelor’s degree.

Mathews is an incoming assistant professor of digital journalism at the University of Missouri-Kansas City. Ali is the incoming Pioneers Chair in telecommunications in the Bellisario College of Communications at Pennsylvania State University.