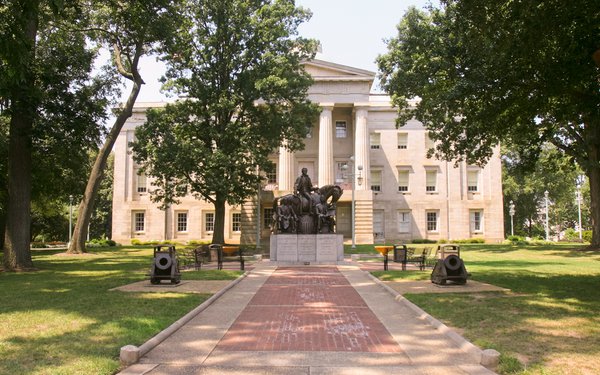 U.S. Judge Catherine C. Eagles ruled on Tuesday that the plaintiffs, who sought to have the law thrown out, are not likely to succeed on the merits, and declined to order a preliminary injunction against enforcement of the 89-year-old law.

The judge also vacated the temporary restraining order she had issued earlier.

This case does not directly involve a publication, but the Reporters Committee for Freedom of the Press states that it could have an impact on media.

In ruling that the law is constitutional, Judge Eagles cited the 1964 court decision in the case of Garrison vs. Louisiana.

“Garrison is still good law, and it squarely says that criminal libel statutes prohibiting false defamatory statements made with actual malice do not violate the First Amendment,” she ruled.

She added that the North Carolina law “falls within a category of speech long subject to appropriate content-based restrictions,” while satisfying the requirements set forth in Garrison.

The case concerns slurs exchanged between the primary campaigns of Democrat Josh Stein and Republican Jim O’Neill for the office of Attorney General, which Stein had held since 2017.

O’Neill charged that Stein had let unused rape kits pile up. Stein retaliated with a “corrective advertisement,” charging that O’Neill had a large backlog of such kits in his own jurisdiction in Forsyth County.

According to court papers, O’Neill claimed this ad was false and sought to retaliate. “But he did not do so by pursuing a civil defamation action: Instead, as a sitting District Attorney, he sought to place law enforcement investigators in the position of judging the appropriateness of political speech,” the complaint alleges.

In theory, the plaintiffs could face “potential criminal prosecution for violating an overbroad criminal libel statute.”