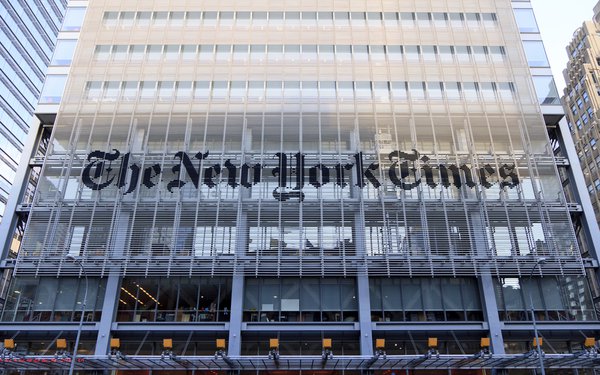 The New York Times was hit by a one-day strike by editors and reporters on Thursday as the Times and the New York Times Guild failed to agree on salaries, health and retirement benefits, return-to-work policies and other issues, the paper reports.

The paper and the union have held about 40 bargaining sessions since their contract expired in March 2021.

The union, which is part of the NewsGuild of New York, accused the Times of bargaining in bad faith.

“Their wage proposal still fails to meet the economic moment, lagging far behind both inflation and the average rate of wage gains in the U.S.,” the Times report continues.

Executive Editor Joe Kahn said in a message to the newsroom that he was disappointed with the decision to strike.

“Strikes typically happen when talks deadlock. That is not where we are today,” Kahn said. “While the company and the NewsGuild remain apart on a number of issues, we continue to trade proposals and make progress toward an agreement.”

According to the Times, the paper has offered a 5.5% raise to union members upon ratification of the contract, and 3% raises in 2023 and 2024, plus a 4% retroactive bonus to compensate for a lack of salary increases since the contract expired in 2021.

Another issue being discussed is the company’s performance rating system, which the union said is discriminatory in a study released in August.

The union represents 1,450 employees throughout the company. The Times newsroom has more than 1,800 people working in it.