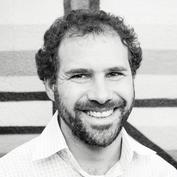 Eli Singer specializes in corporate strategy at the intersection of digital media, analytics and value creation. Currently, he is the Chief Strategy Officer and Chief Marketing Officer of Engagement Labs (TSX-V:EL), a social analytics technology company and the creator of evalue: the standard for measuring social performance on the web. In 2009, Eli founded Entrinsic, a social media communications agency, which he sold to Engagement Labs in 2014. Prior to starting Entrinsic, Singer was Director of Social Media with Segal Communications, an experiential marketing firm in Toronto, and at the time, the exclusive Canadian representative of Facebook. Until December 2007, he was the Managing Director of Social POV, the social media practice area of Cundari, one of Canada’s largest independently owned advertising and communications firms. Singer is the founder of CaseCamp, the social media unconference, and participated in writing the business bestseller The Power of the 2x2 Matrix (April 2004, Jossey-Bass) with former partners at The Transcend Strategy Group.