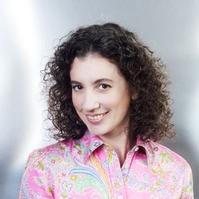 A passionate driver of advertising, marketing and brand strategy.