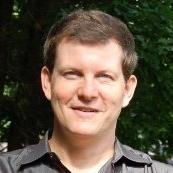 Steve Curran has been delivering award-winning entertainment and marketing since 1988. Before founding Pod, he was the co-founder and creative director of e-tractions, a Boston-based online promotions company, and vice president/creative director of Gametek where he oversaw the development of numerous best-selling titles for Nintendo, Sega, Sony and Playstation. He has directed website designs, game development, and viral marketing campaigns for clients such as Warner Brothers, History Channel, Atlantic Records, Red Bull Records, Yahoo!, Burger King and many others. He is the author of Motion Graphics: Design for Television and Film, and Convergence Design for Interactive Television, Broadband and Wireless. He is contributing author to the book Connected Marketing, writing about branded games and entertainment.