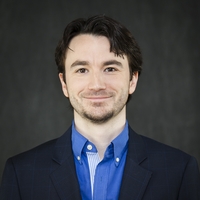 Michael Dowd is the Chief Technologist for GroupM Next, the innovation division of GroupM that offers thought leadership, industry perspective, operational support and scalable business solutions to GroupM agencies (Mindshare, MEC, MediaCom and Maxus). In his role, Dowd ensures that GroupM clients are able to identify and capitalize on the emerging trends in technology that stand to have the most profound impact on their consumers. He works to expose clients to both the technologies driving those trends and to the innovators who are creating them. In addition to external perspective, Dowd provides experiences allowing GroupM agencies and their advertisers to immerse themselves in those technologies in environments that encourage discourse and interaction. Michael has worked in digital marketing with GroupM since 2006, with direct experience managing campaigns for Fortune 500 companies, including Amgen, Accenture, Wyeth and Chevron. In 2010, Michael formed two new departments within GroupM Next, focused on both Technology and Competitive Intelligence. He has managed and grown those departments, which now provide technology perspective and competitive intelligence support for GroupM teams across the world. Outside of the office, Michael is a frequent participant in the company's Outreach program where he volunteers for Habitat for Humanity and the Ronald McDonald House. He also provided community support following the devastating tornado in Joplin, Missouri. Michael has a Bachelor of Science degree from Cornell University where he majored in Natural Resources.