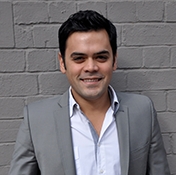 Simon Mansell is the General Manager of Paid and Services at Sprinklr. In this role he is responsible for the delivery of world-class paid software, solutions, and services to global brands. Prior to this role, Simon founded TBG, a specialist paid social media firm that was acquired by Sprinklr in August 2014. Without any external funding, Simon grew TBG into a global organization handling more than $100M in paid social ad spend for clients including Dell, Vodafone and Zynga. An early advocate of social ads, Simon started running campaigns on Facebook in 2007 when the platform had less than 30 million users. TBG was one of the three initial Facebook ad API partners and one of the first five Twitter Ad API partners.