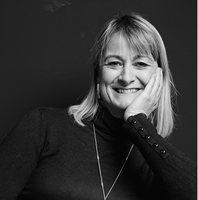 Emma has been Donald Gunn’s collaborator and co-presenter of The Gunn Report since January 2003. Emma started her career in the Creative Department of DDB London. She was also a scriptwriter for satellite television programme European Business Weekly. After a family break (working on one-off freelance projects) Emma came back as co-founder of Flaxman Wilkie, publisher of The Gunn Report 2003 - 2006. She created The Gunn Report company with Donald in 2007 and continues to publish The Report. The Gunn Report online research database and library www.gunnreport.com was launched in 2011. As well as focusing on running the business, Emma is also the person who researches and creates The Report and oversees production of the publication – she has been instrumental in The Gunn Report’s growth to date.