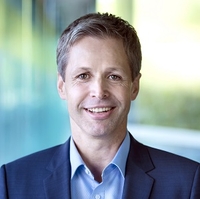 Udo Panenka is president of Esko, which he joined in 2014 as senior vice president of sales, marketing and service. Prior to Esko, he served as vice president & general manager of Europe & India for the industrial automation business at Kollmorgen, which like Esko is part of Danaher. Previously, Panenka held key sales, marketing and general management leadership positions with ABS, Ritz Pumpenfabrik and New Haden Pumps. Udo has a BA degree in Management from Berufsakademie Heidenheim, Germany.