The Healthiest Brands In 2019 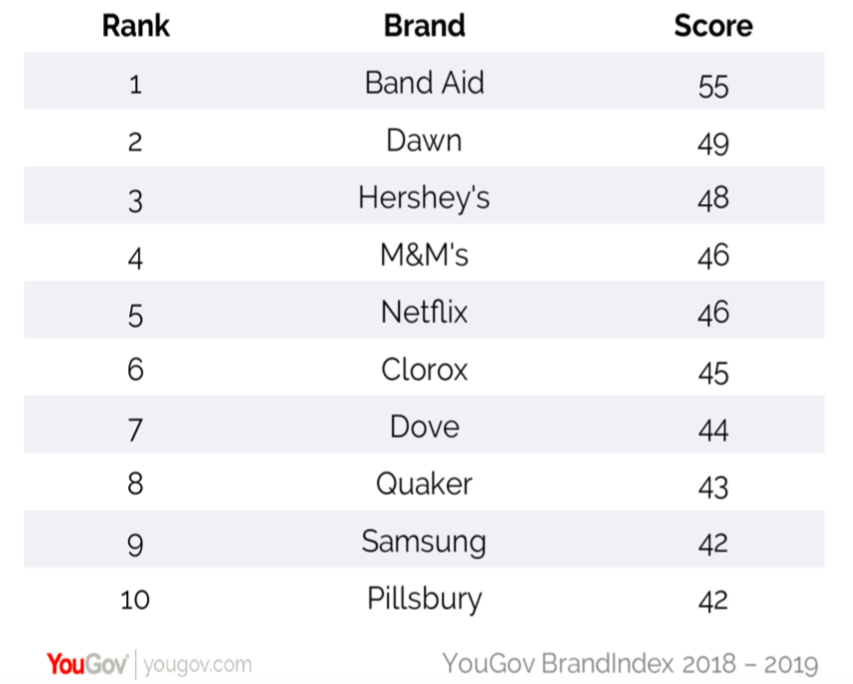 Chocolate makers enjoyed a good year. Hershey moved up a spot to grab the third position -- behind second-place Dawn dish soap -- and M&M’s moved four spots to take fourth place over all for 2019.

The biggest movers on the list, the brands with scores that increased most significantly compared with last year, include United Airlines, Equifax and Ring Video doorbells. The measure on Equifax, it’s worth noting, took place while that brand was recovering from a massive data breach in 2017 that affected 143 million individuals. That company has recently seen some negative press around its settlement agreement that isn’t reflected in this data.