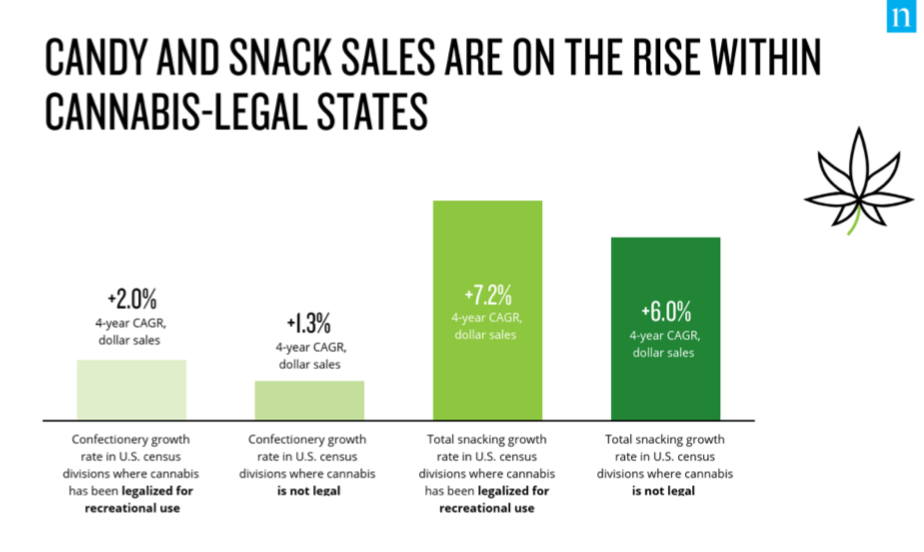 America is a nation of snackers. Within the U.S., Nielsen data shows that sales of both salty and sweet snacks have increased over the past 52 weeks (ending April 27, 2019) with salty snacks reaching sales of $29.9 billion and sweet snacks hitting sales of $6.5 billion. But could the “munchies” driven by marijuana use increase sales further?

Marijuana consumption has been clinically and anecdotally shown to increase a consumers' appetite and enjoyment of food. And sales data from within the U.S. Census divisions where cannabis has been legalized for recreational use supports the munchies’ eect. Nielsen data shows that growth rates for both candy and snacks are rising faster in these areas than in geographies where cannabis has yet to be legalized for recreational use.