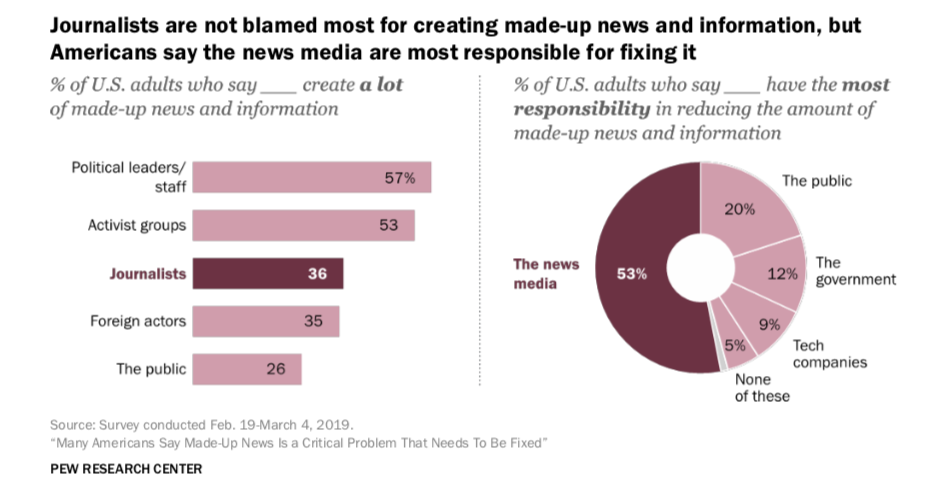 Even though Americans do not see journalists as a leading contributor of made-up news and information, 53% think they have the greatest responsibility to reduce it – far more than those who say the onus mostly falls on the government (12%) or technology companies (9%).

A somewhat larger percentage of those surveyed (20%) say the public itself bears the most responsibility to reduce it. But another finding suggests the challenges inherent in that effort. Of the 52% of Americans who say they have shared made-up news themselves, a vast majority ofthem said they didn’t know it was made up when they did so.