My Response - Be Aware! ... of Social Networking Attacks

Deep in the dark caves and caverns of the Internet forest is a love letter that I wrote on Hi5 to a boy I don’t even know anymore... and I can’t get rid of it.

I think that in the beginning of the present social networking era (Hi5, MySpace, Tagged, Facebook specifically) people my age may have very well underestimated how serious this is. On the other hand I think that people older than us may be making this a bigger deal than it has to be. I can’t remember the last time I went to a doctor’s office and judged his performance and credibility based on some silly quotes or pictures he may have posted to his personal profile somewhere. What matters to me is that he knows how to be a doctor. The plaque on the wall and numerous degrees are sufficient enough proof to me that he belongs there.

What I’m saying is I feel that my Internet life and ‘real’ as far as a professional situation is concerned shouldn’t even be in the same conversation. With that being said, it would be rude of my supervisor to come up and ask me about my relationship status and drinking habits BUT if I decide to put it on the Internet under my government name Well ... we have another situation altogether.

I have decided to put my profile on private so that people who are not my ‘friends’ have restricted and limited access to my information. At this point one would believe they were safe from cyber judgment unless of course your boss is uber resourceful and has decided to lure you in with a FAKE profile. 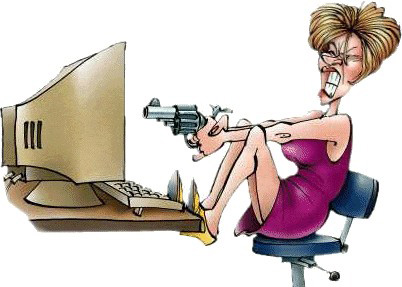 Tim DeMello, owner of the Internet company Ziggs, says that he often checks out employees online via Facebook.

DeMello was interviewed about one of these future employees Dunia Rkein. She is an Ive Leaguer with an amazing resume.

Here is an excerpt from that article on CNN.

Many employers admit they've even learned how to access profiles students think are "private" — and they're surprised by how many students don't care if everyone knows everything about them. Take Rkein's pictures. They don't show anything lewd or illegal, but ... It might have cost Rkein a job. "I think some of these sites out there are going to be the most expensive free Web sites to their careers that they've ever seen," says DeMello. There are sexy photos of Rkein that don't exactly scream "CEO material"

How unethical is that? Now suppose I decided to pretend to be someone else to gain employment at a firm and then started using information gleaned throughout my stay AGAINST them? Can anyone say lawsuit?

I just feel like there definitely need to be some boundaries established to protect ourselves from being wrongfully discriminated against.

When does the line officially get crossed? Is there even a line? I am curious to know how legislation will adjust in the future to protect employees from being stalked online. I know that there are people who will read this and think; ‘just don’t put certain things online and you’ll be okay’. I would argue again that what I put online is my choice and I should not be judged professionally for it.