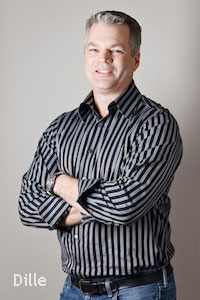 Tapjoy, a San Francisco-based mobile advertising platform, yesterday announced a partnership with Popcornflix. Tapjoy will develop and market an app called Popcornflix GOLD, a “movie-streaming mobile application,” which will also give virtual rewards to users.

"The joint venture will allow Popcornflix users to earn virtual rewards by engaging in interactive advertising," said Pete Dille, Tapjoy's CMO. Users will earn “Popcornflix Points” through their activity, and can then exchange the points to "view premium feature content," said Dille.

Tapjoy already has a strong presence in the gaming market, but has been expanding from that niche with non-gaming apps such as TextFree and Appzilla. Mihir Shah, Tapjoy’s CEO said in an earlier statement that this partnership enlarges their footprint in the entertainment app space. “The expansion will also drive discovery and engagement for consumers,” he said. “And in turn, provide new, targeted opportunities for advertisers and developers.”

"We see the use of virtual rewards as a way to create 'virtual value' for our content in the increasingly competitive digital world," stated Gary Delfiner, senior vice president of Screen Media Ventures. Popcornflix is owned and operated by Screen Media Ventures, and Delfiner says this app is the first of its kind.

The app will launch in August, and will only be available on the Android platform. "We're in discussions to bring Popcornflix GOLD to iOS but we're unable to confirm details at this time," said Dille.