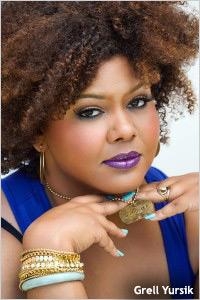 Glam Media is ready to roll out a new program designed to foster more partnerships between brands and its network of bloggers.

The Premier Program, so-called, will feature an “elite” group of publishers selected from the roughly 4,000 sites under Glam’s purview.

“This is the first time that we are bringing specific authors on to be contributing editors to our sites … to write original content for our audience,” said Jennifer Salant, senior vice president of “content creator operations” and business development at Glam Media.

Founded in 2004, Glam Media has established itself as one of the Web’s largest media companies.

Measured by unique visitors, Glam currently ranks as one of the world’s top online properties, according to recent data by Mary Meeker and her KPCB team.

In February, the company accounted for nearly 300 million unique visitors around the world -- a figure bested only by the likes of Google, Facebook, and Yahoo.

Rivals in the female-focused space include NBCU’s iVillage and the Meredith Women's Network, along with a number of smaller players, including SheKnows, BlogHer, Total Beauty and Sugar Inc