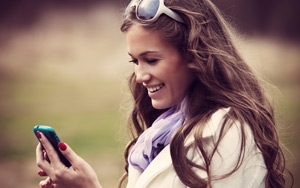 The data, from Celtra's latest Mobile Display Ad Performance Report for Q4, 2014, measures ads that started, ended and ran on the Celtra platform during the fourth quarter of 2014. Ads were part of campaigns with minimum of 100.000 impressions, with each ad running on a minimum of 50.000 impressions. All ads without tracking of events are excluded from the sample.

The retail vertical performed the best in Q4, with a 1.06% ad expansion rate. The highest unit engagement rates for expandable banners served in the Travel segment came in at 23.9% and the Technology segment at 20.9%.

Expansion rates in smart video advertising formats rose by 75%. While the engagement rate for standard expandable banners fell 35%, it rose by 30% on smart video formats.

iOS topped the total requested advertising impressions at 53% for platforms, followed by Android at 44%, and other at 3%. Smartphones took 87% and tablets took the remainder. Some 61% served in apps, compared with 39% in Web browsers.

One thing to note for location-based ads, engagement rated for those with location features peaked in Q4 2014 at 25.7%.