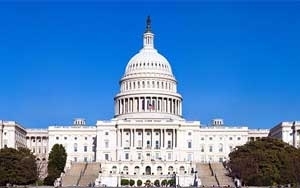 Republican lawmakers in the House and Senate have unveiled legislation that would require broadband providers to follow some Net neutrality principles, but would also prevent the Federal Communications Commission from enacting more stringent rules.

The draft bill, released late last week, would restrict broadband providers in at least three key ways: It would prohibit broadband providers from blocking or degrading content, while also banning them from charging companies higher fees for faster delivery. The proposed bill also specifies that the restrictions apply equally to wireline and wireless providers.

In addition, the measure prohibits the FCC from reclassifying broadband service as a utility. Many Net neutrality advocates, including President Obama, have called on the FCC to regulate broadband as a utility service, subject to common-carrier rules. Cable companies and telecoms oppose that approach, arguing that utility-style regulations, which were designed for telephone companies, aren't suited for broadband technology.

The proposed bill — which comes less than two weeks after FCC Chairman Tom Wheeler indicated the FCC was poised to declare broadband service a utility — obviously aims to prevent that move. “By turning the FCC away from a heavy-handed and messy approach to regulating the Internet, this draft protects both consumers who rely on Internet services and innovators who create jobs,” Sen. John Thune (R-S.D.), chairman of the Senate Commerce Committee, said in a statement issued on Friday.

The proposal also specifies that the FCC can't rely on Section 706 of the Telecommunications Act as authority for broadband regulations. That section tasks the FCC with promoting broadband deployment.

The FCC currently interprets Section 706 as giving it the authority to pass a variety of Internet-related rules — including ones that would vacate state restrictions on municipal broadband. The White House, consumer advocates and others have asked the FCC to vacate muni-broadband restrictions in at least 19 states.

Some Net neutrality proponents are criticizing the GOP-backed bill, arguing that its protections aren't strong enough.

Advocacy group Public Knowledge says the proposed bill doesn't prohibit Internet service providers from discriminating. For that reason, the bill “would not address discriminatory use of data caps, such as Comcast has used to favor its own streaming content over that of rivals,” Public Knowledge said in a statement. (In 2012, Comcast stirred controversy with a program that let Xfinity subscribers stream TV shows to Xbox 360 consoles, but excluded that data from their monthly caps.)

The GOP-backed measure also would limit the FCC's ability to create new rules, meaning that it couldn't address “new forms of discrimination and threats to openness that arise,” the group said.

“This proposal would prevent the FCC from enacting the strongest Net neutrality rules, promoting universal service, protecting privacy, ensuring accessibility, and encouraging municipal broadband networks,” he said in a statement. “This is a wish list for the big broadband companies looking to protect their interests and avoid consumer protections.”

The House Communications and Technology Subcommittee and the Senate Commerce Committee will hold a hearing on the proposed bill on Wednesday.