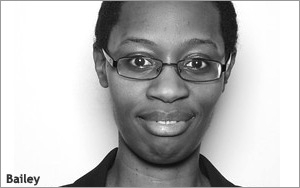 Pinterest and Instagram have both announced new ways for people to shop, and it’s a big win for brands and retailers who have been struggling to wring revenue from social media. But R. Danielle Bailey, research director and head of data partnerships for L2, the digital think tank, says it’s a watershed moment for social media: As likes, followers and engagement metrics give way to actual sales data, a shakeout is unavoidable.

Q. People will soon be able to use Pinterest’s “Buyable Pins” from such retailers as Neiman Marcus, Macy’s and Jo-Anne Fabrics, and Instagram is offering its Shop Now feature. What does it mean for stores? For brands?

A. It’s all gold. Brands, in general, are looking for ways to reduce friction on the path to commerce.

Q. Is one better?

A. Of course, the users of these platforms are different. Pinterest skews toward older women with a higher income. Instagram is much younger and has highly engaged users, with some communities averaging around 1 million. So in terms of reach and engagement and exposure, Pinterest pales in comparison.

But Pinterest has a little advantage in terms of where people are on the purchase funnel. Pinterest users are further down the path to purchase, often pinning around events, like a wedding. They really want to own these things, so this is a super-natural extension — in fact, it’s surprising Pinterest hasn’t done this sooner. And it generates traffic. Nordstrom, for example, gets about 25% of its social traffic from Pinterest, and that’s just huge. And it’s because of the way Nordstrom has been building on Pinterest, in stores and on its site.

Instagram users are further up, and using the platform more for inspiration and getting ideas. But price points will become an issue. It will be interesting to see how many of those luxury and fashion followers it can convert to sales.

And then there’s Google, which is the first place people start on their path to purchase. Going forward, buy buttons will be everywhere.

Q. So a shakeout is coming?

A. Yes. In our last survey, we found brands were, on average, using seven platforms. We don't think that is sustainable. These platforms are going to require a significant amount of investment, and brands will begin to make strategic investments about who and where their customers are. These buy buttons are going to separate the weak from the strong, and put a lot more pressures on these social platforms.

We are going to look back at this as a watershed moment. There will be a shakeout, as we see who can deliver more than eyeballs but actual sales. As social becomes more trackable, the bar is going to be raised. Social platforms will morph and change to deliver consumers. It’s also going to intriguing to see how brands use buy buttons for new product launches.

Q. I notice you haven’t mentioned Twitter yet. Why?

A. Twitter all over the place right now, with a ton of turnover. It doesn’t have a clear strategy about how to monetize, which was evident in its last quarterly earnings. I’d describe it as being in a soul-searching moment — will it just be a dissemination vehicle? Will people want to shop in Twitter’s environment? It’s unclear.

Q. Is there any concern, in this rush to sell to consumers via social, that consumers might back away from social media?

A. Yes. There could be a backlash, and from a brand perspective, there is going to be a need for more personalized experiences. They’ll have to provide relevant content. If they just start to clutter social media up with “Buy this” and “Buy now,” people will definitely step away.