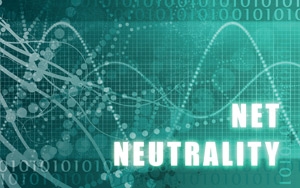 Four organizations representing libraries are seeking to side with the Federal Communications Commission in a battle over the agency's new net neutrality rules, including the ban on paid fast lanes.

The groups are asking the D.C. Circuit Court of Appeals for permission to file a friend-of-the-court brief in a lawsuit brought by the US Telecom Association, AT&T and other broadband providers against the FCC. The cable and telecoms have asked the appellate court to invalidate the rules.

The American Library Association and other library organizations say they intend to argue that the rules are "necessary to protect the mission and values of libraries and their patrons."

The net neutrality regulations, which took effect earlier this year, prohibit broadband providers from throttling or degrading content and from charging companies higher fees for faster delivery. The rules also contain a “general conduct” provision that broadly prohibits carriers from unreasonably impeding consumers and content providers from reaching each other. The FCC said it will take a case-by-case approach to evaluating whether a particular practice --including pay-per-byte billing models -- violates that general conduct standard.

Broadband providers and groups that support them, including the U.S. Chamber of Commerce, say the appellate court should invalidate the rules. Among other arguments, they say the general conduct standard is too vague.

But the library organizations counter that the general conduct provision "is necessary to ensure that the FCC has the authority to protect the openness of the Internet against future harms that cannot yet be defined."

Earlier this month, the trade group Internet Association -- which counts Amazon, eBay, Google, Facebook as members -- said that it intended to file a friend-of-the-court brief in support of the net neutrality rules.