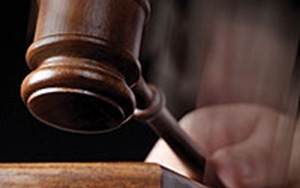 The Obama administration is urging a federal judge to reject Facebook's contention that it has a free-speech right to send text messages to people who haven't agreed to receive them.

In court papers filed on Friday, the Department of Justice says the federal Telephone Consumer Protection Act -- which limits companies' ability to send text messages -- is a permissible regulation of commercial speech."

The dispute dates to March, when Noah Duguid alleged that Facebook repeatedly sent him unwanted text messages -- even though he doesn't have an account on the service. Duguid's carrier apparently reassigned him a phone number previously used by a Facebook member.

Duguid, who says he has never signed up for Facebook, alleged that the company repeatedly notified him via SMS that his account had been accessed. He says the company violated Telephone Consumer Protection Act, which prohibits companies from using automated dialers to send text messages to people without their consent.

"Imposing liability on Facebook for speech made in response to user requests that, unbeknownst to Facebook became erroneous once the number changed hands, would turn the provision of security services that themselves protect consumer privacy into a risky endeavor for companies like Facebook, chilling a wide range of constitutionally-protected communications," the company argues.

"Although Facebook’s notification messages are not advertisements in the traditional sense, they plainly reference Facebook’s most prominent product: a user account," the government writes. "That the messages seek to notify a user about activity on that account does not alter the analysis, for even informative speech has been found to be commercial."

Tigar has scheduled a hearing in the matter for Jan. 7.