Google To Use City-Owned Network To Bring Fiber To Huntsville 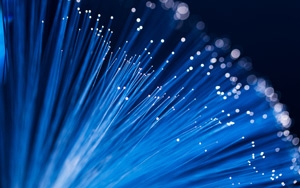 Unlike the case in most other cities where Google has rolled out its broadband service, the company will offer the service over a network built and owned by the city.

"To date, we’ve built the majority of our Google Fiber networks from scratch," Jill Szuchmacher, director of Google Fiber Expansion, said Monday in a blog post. "But over the past five years, we’ve repeatedly seen that every city is unique. So in order to bring Fiber to more people, we’ve taken different approaches in different places."

Szuchmacher adds: "Due to the leadership of the Mayor and Huntsville Utilities CEO Jay Stowe, we’ll be working with a muni-owned network to bring our high speed service to Huntsville."

This private-public model for broadband could spread far beyond Huntsville, according to muni-broadband proponent Christopher Mitchell, director of the Institute for Local Self-Reliance's Community Broadband Networks Initiative.

"In many ways, I think this is a tremendously hopeful development," Mitchell tells MediaPost. "It gives cities a great confidence that if they build passive infrastructure, they will be able to work with ISPs."

Mitchell adds that many of the municipal officials he has spoken with recently have said they're willing to build fiber networks, but not provide broadband or telephone services.

He adds that he expects a few other cities cities to follow Huntsville's lead in the next one to two years, and that "thousands" of municipalities could ultimately do so.

Google currently offers fiber broadband service in Kansas City, Austin, Atlanta and Utah's Provo. The company has said it is plans to soon roll out Google Fiber to other cities including Salt Lake City, San Antonio, Raleigh-Durham, Charlotte and Nashville.